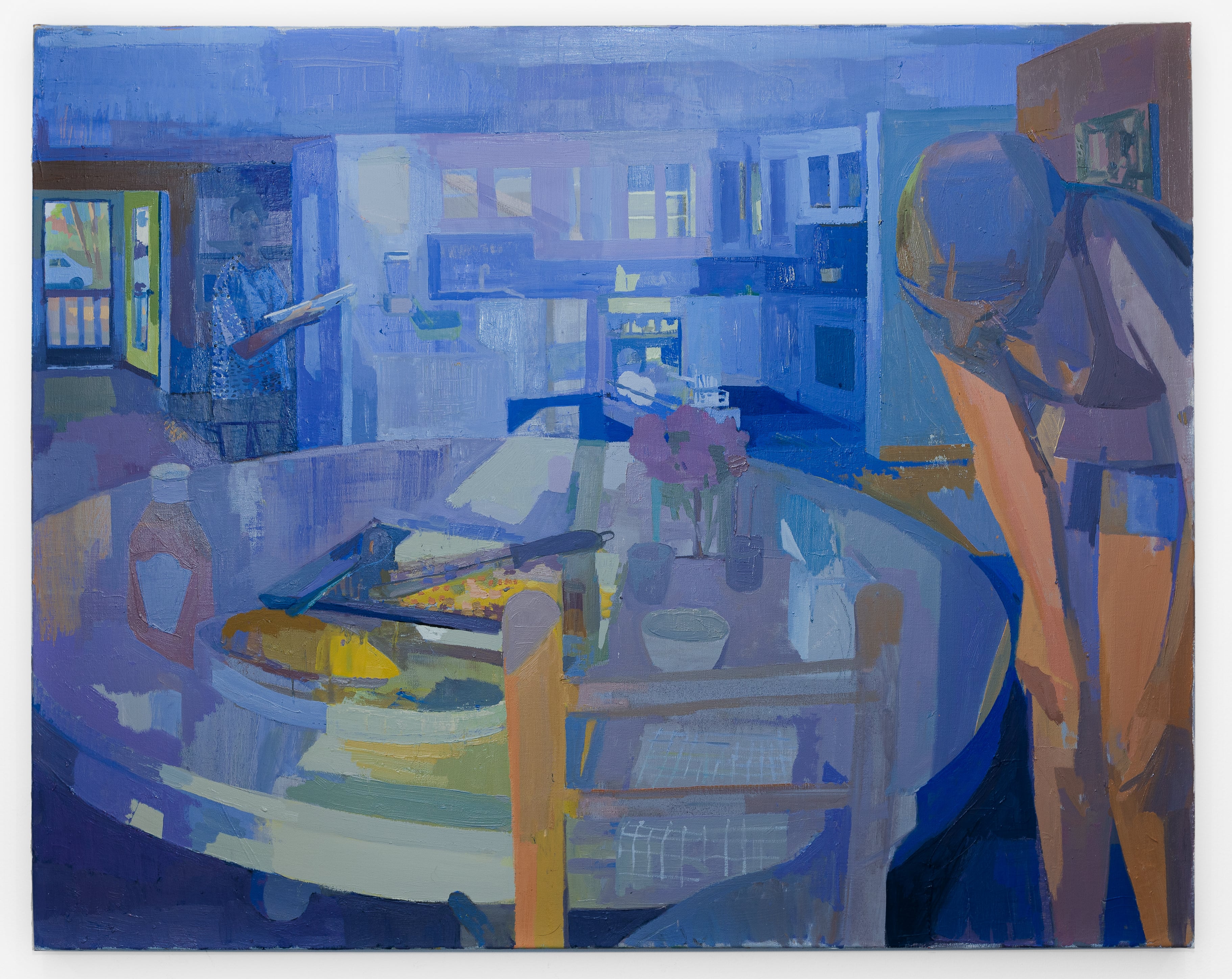 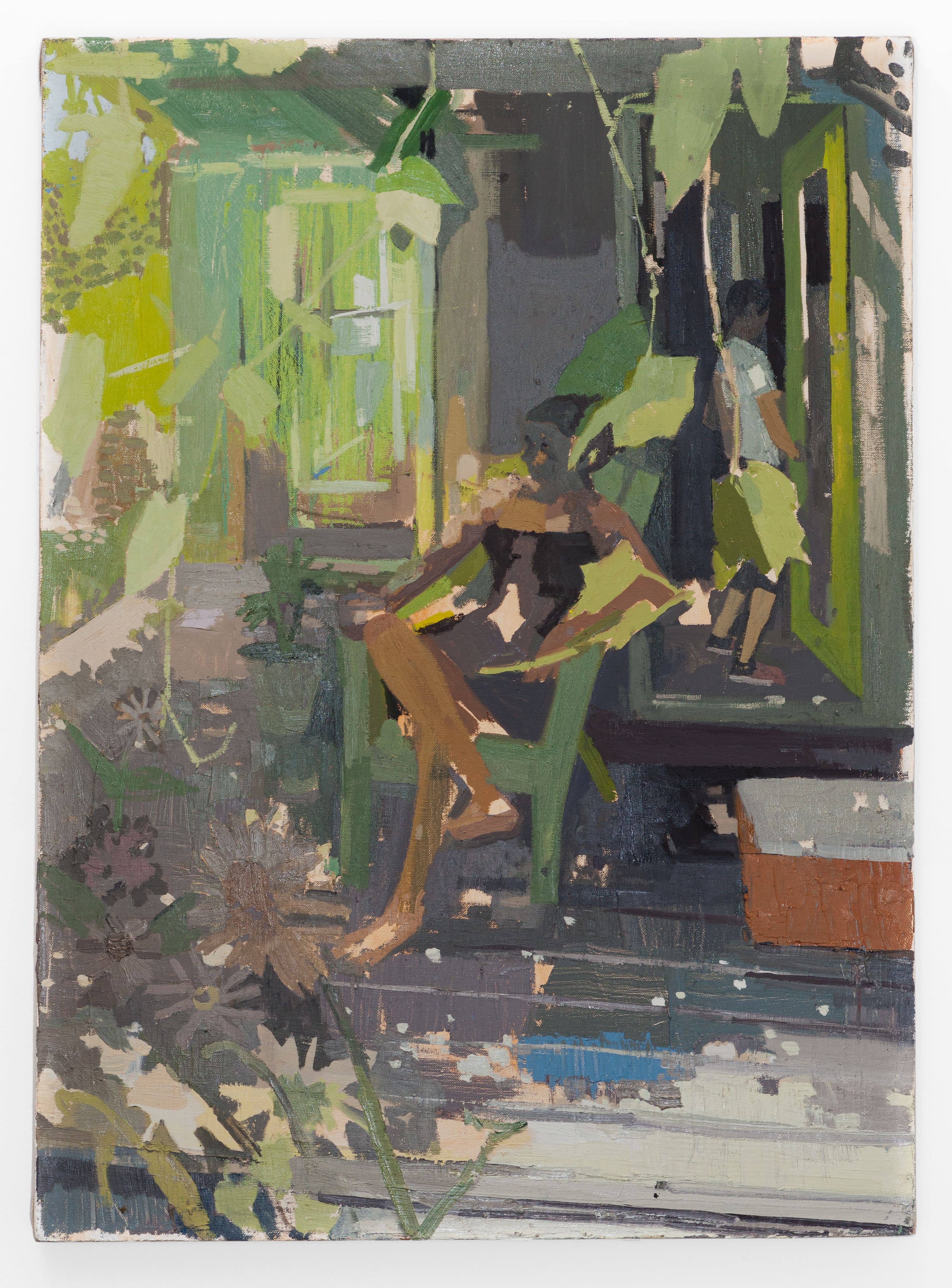 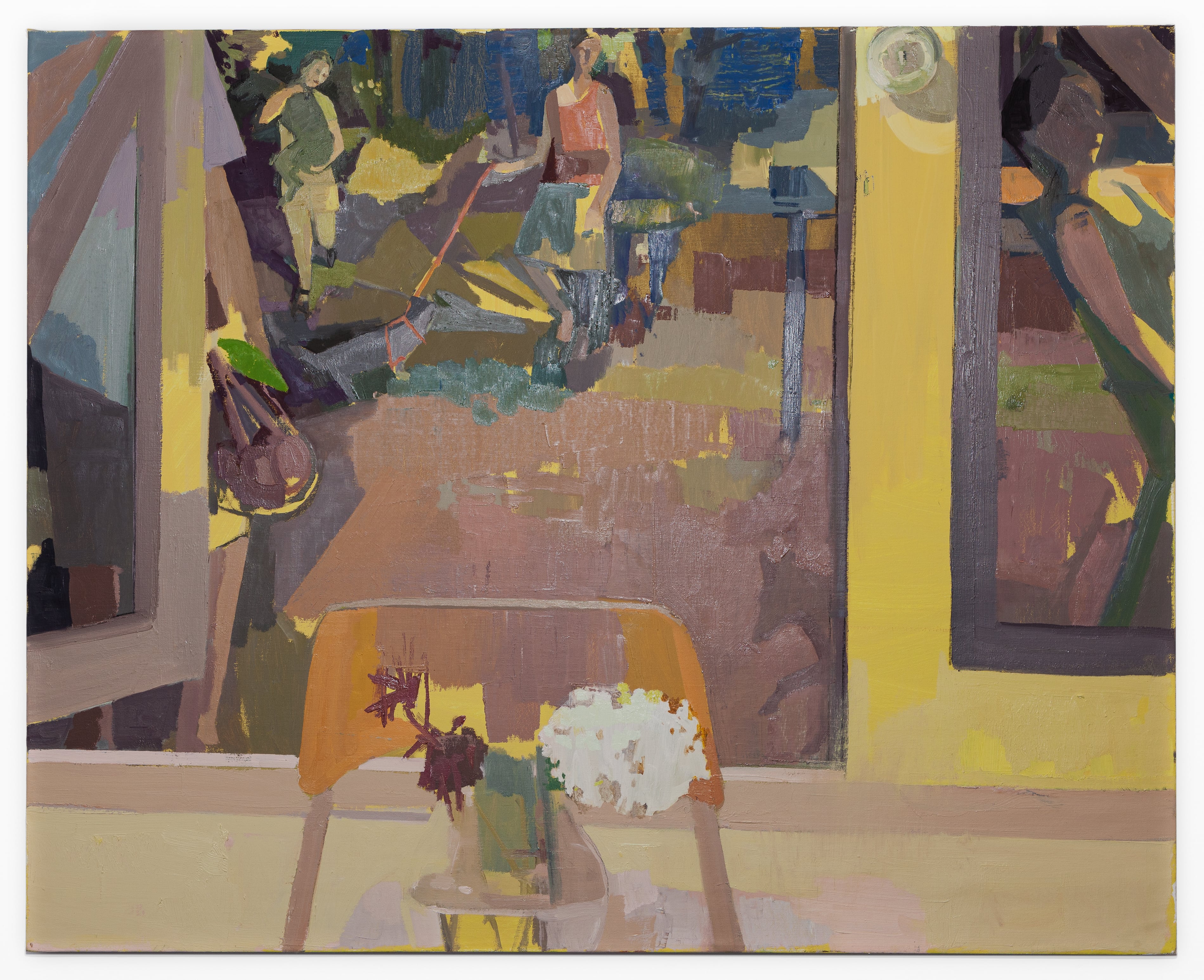 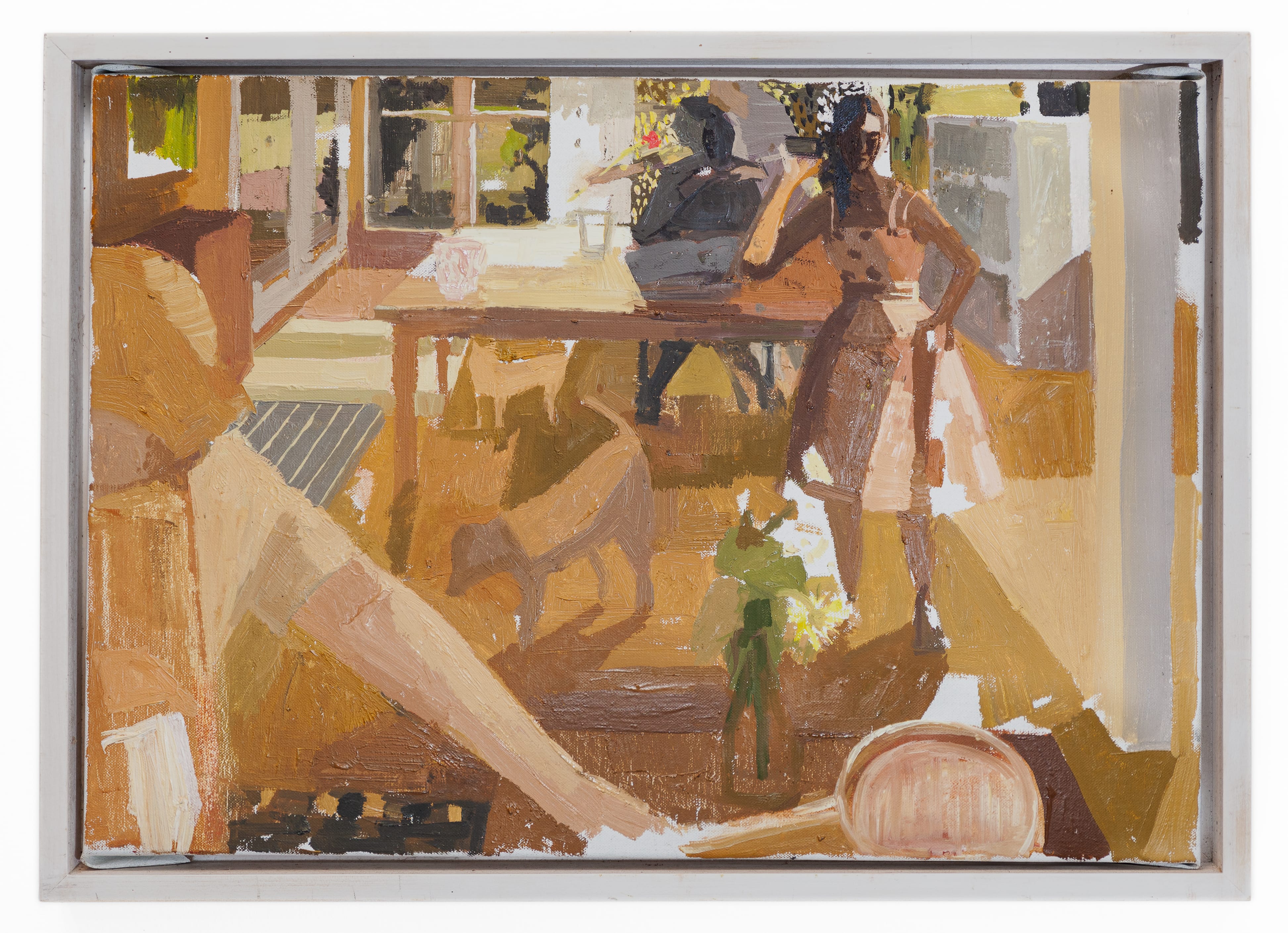 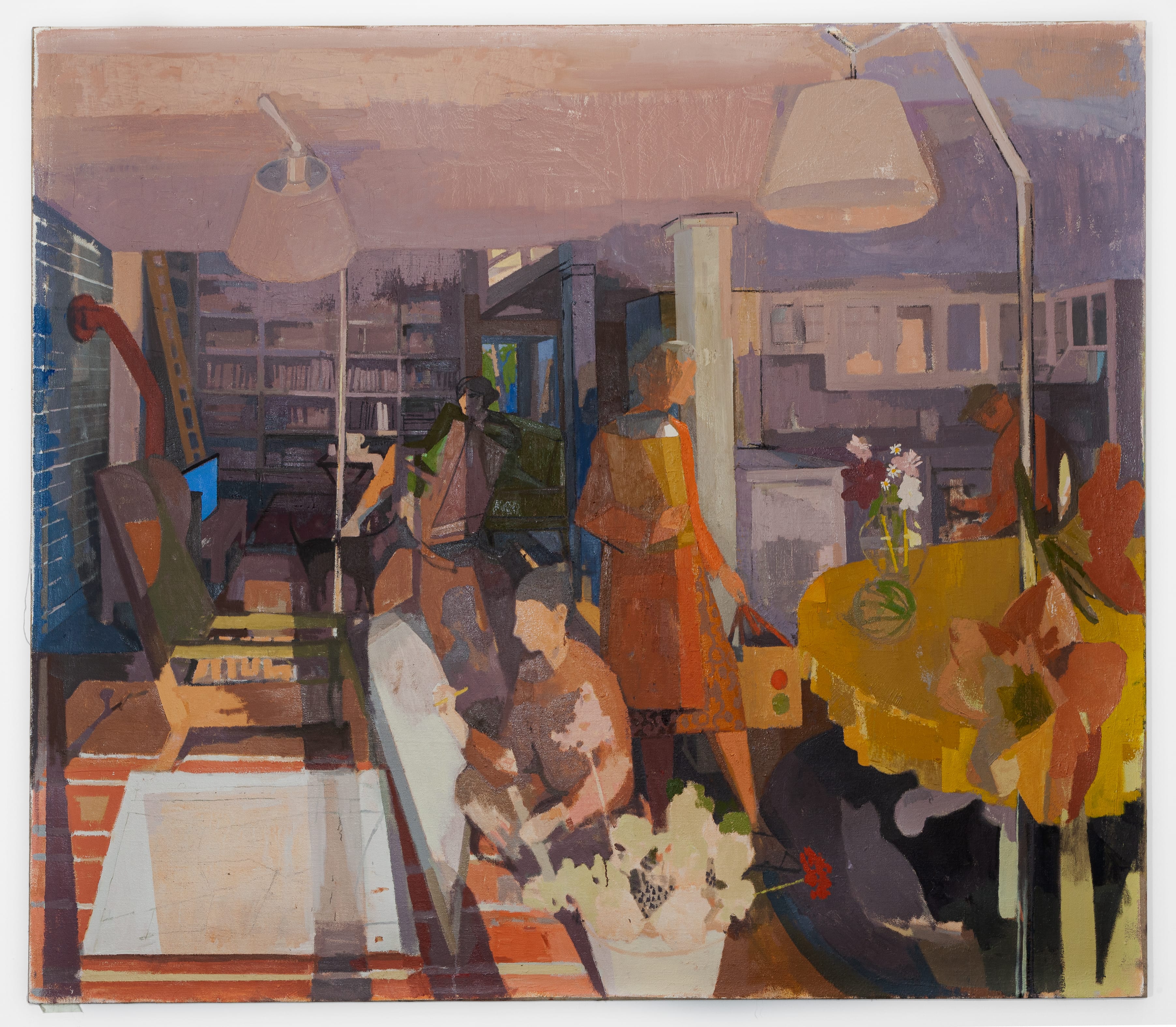 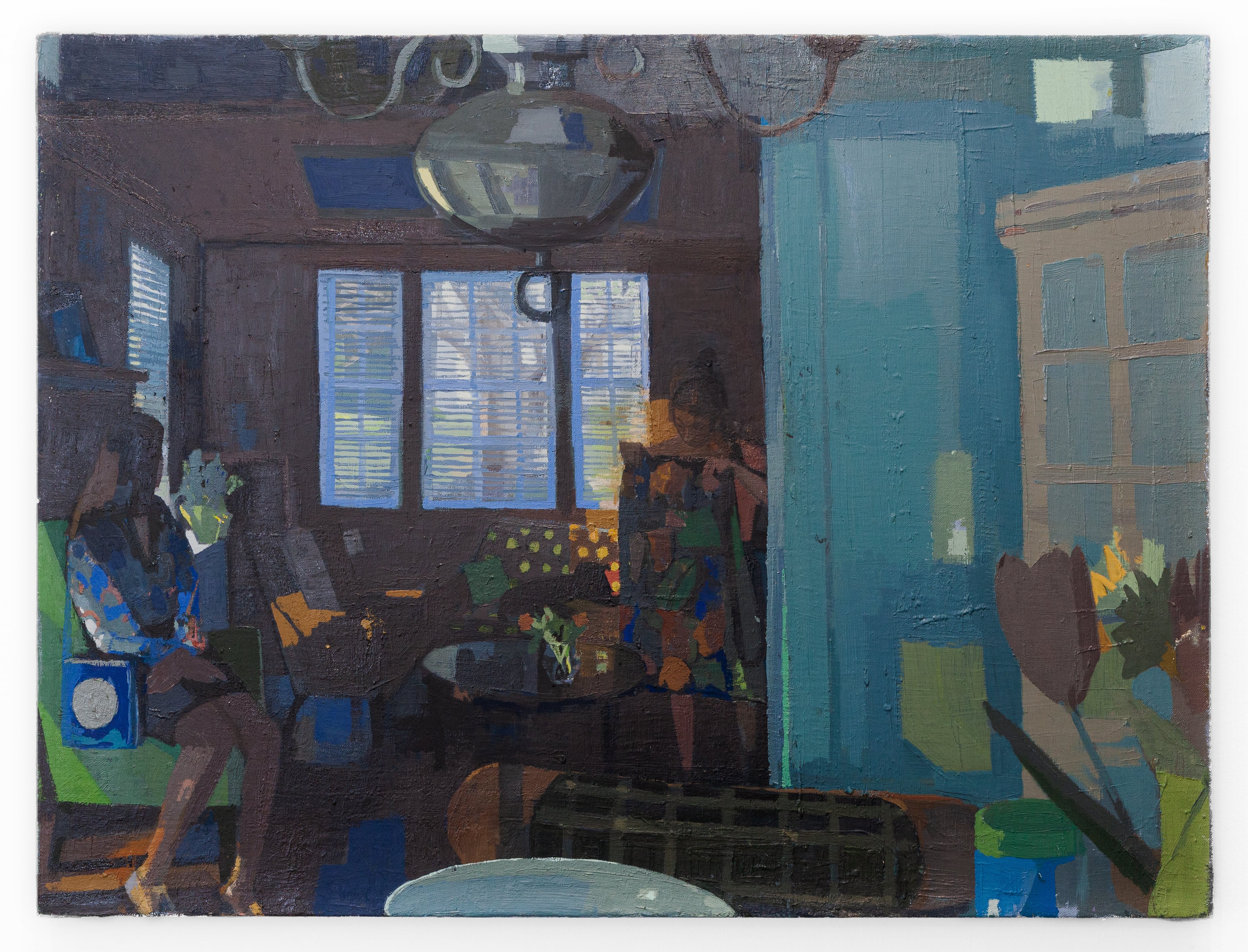 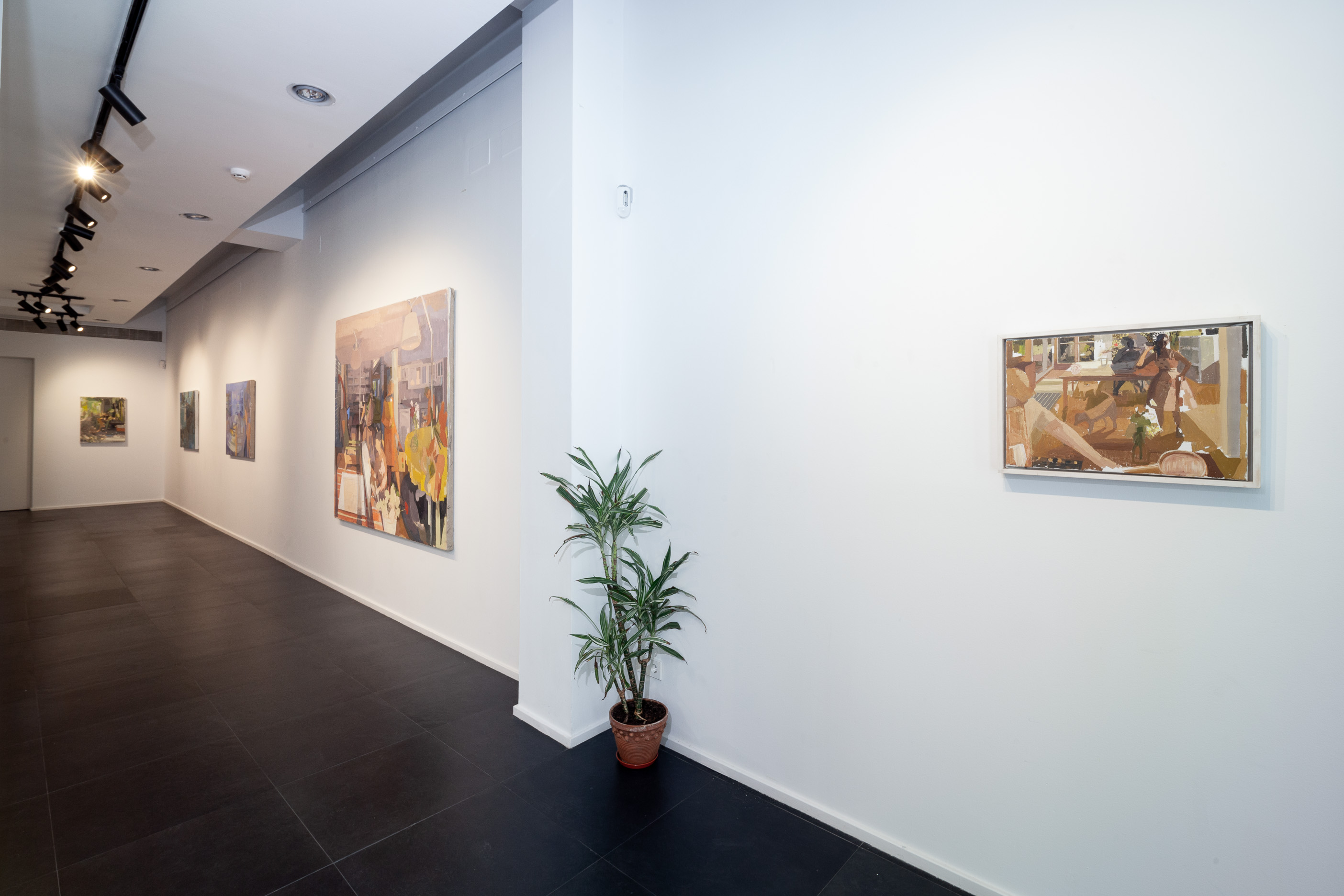 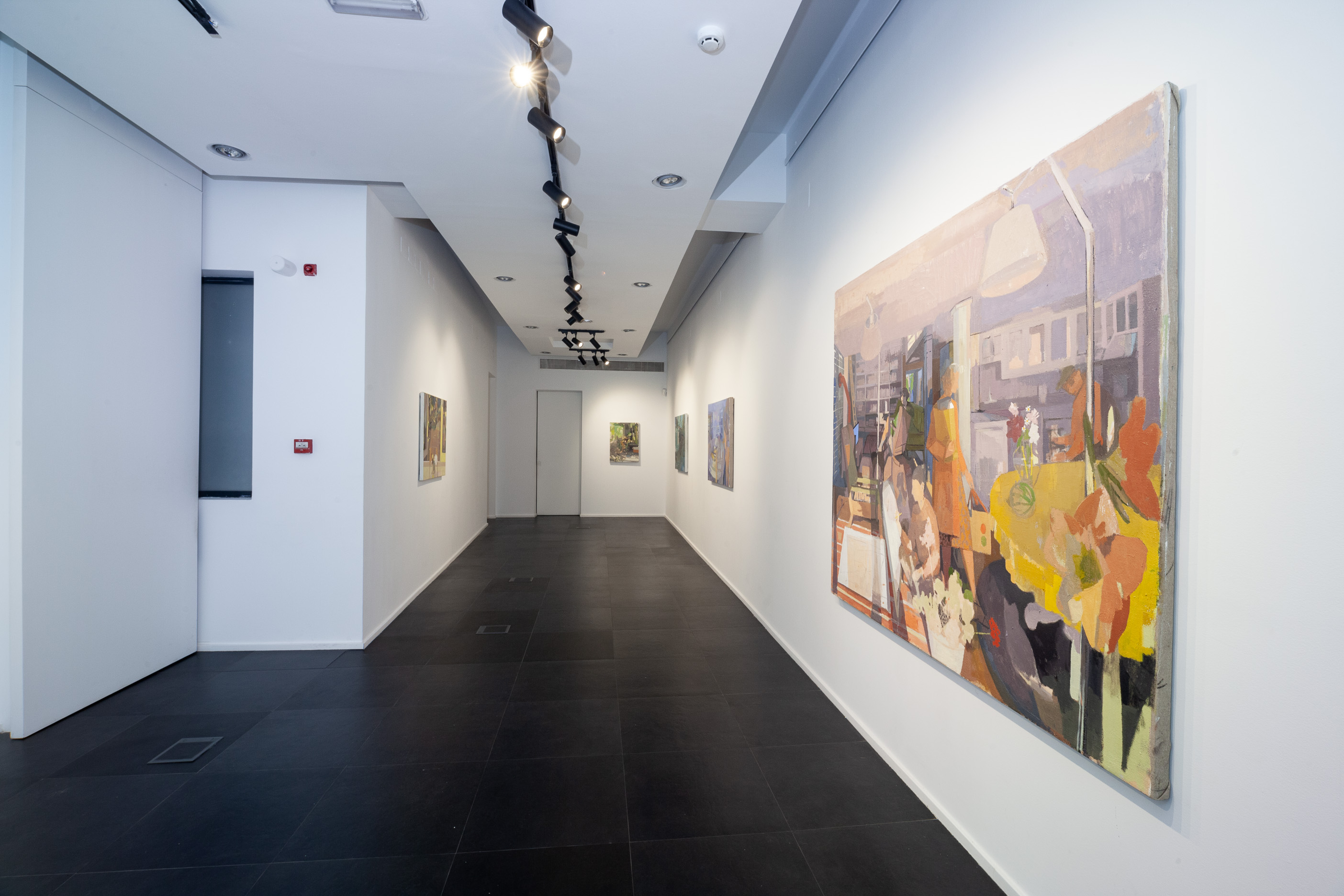 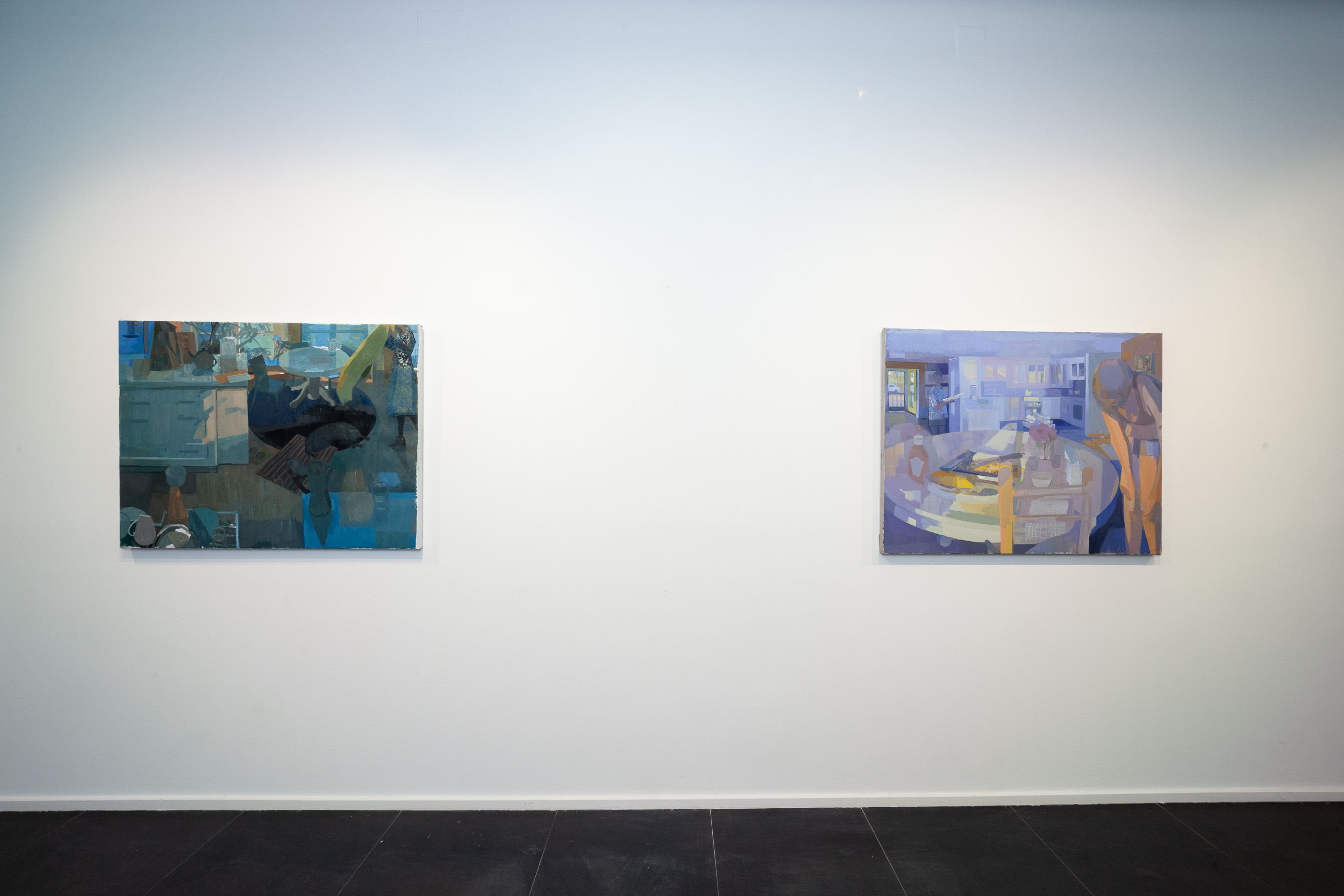 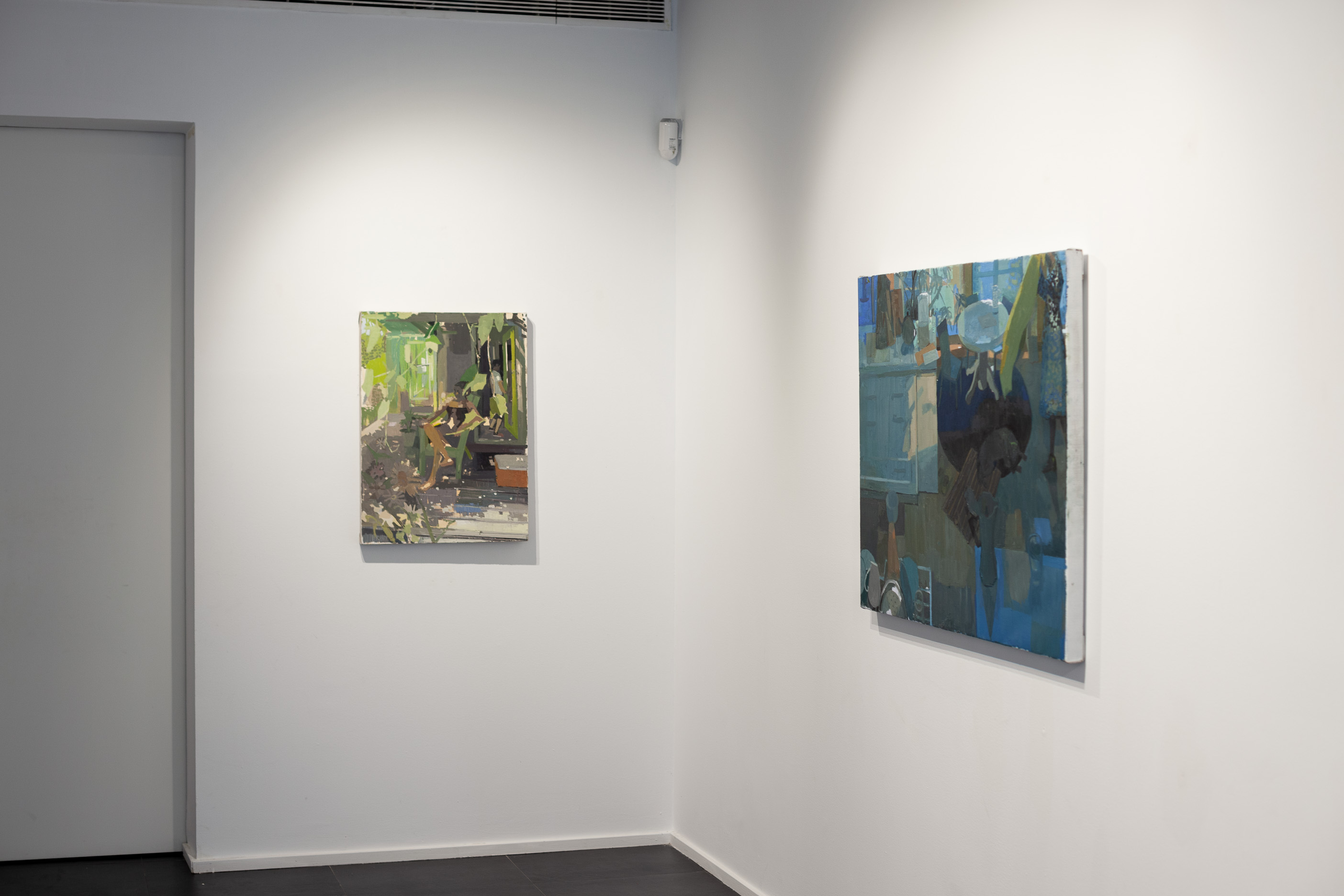 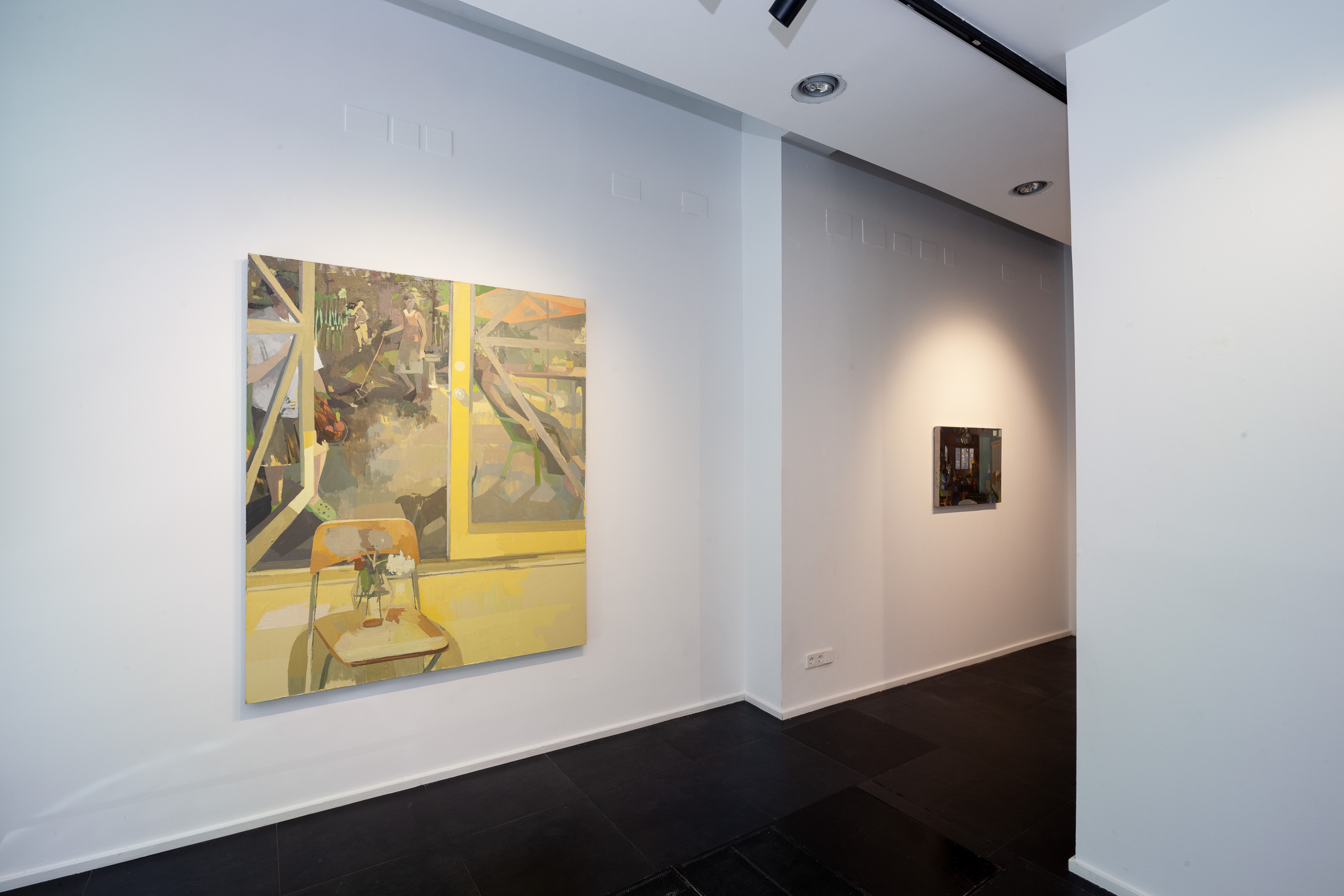 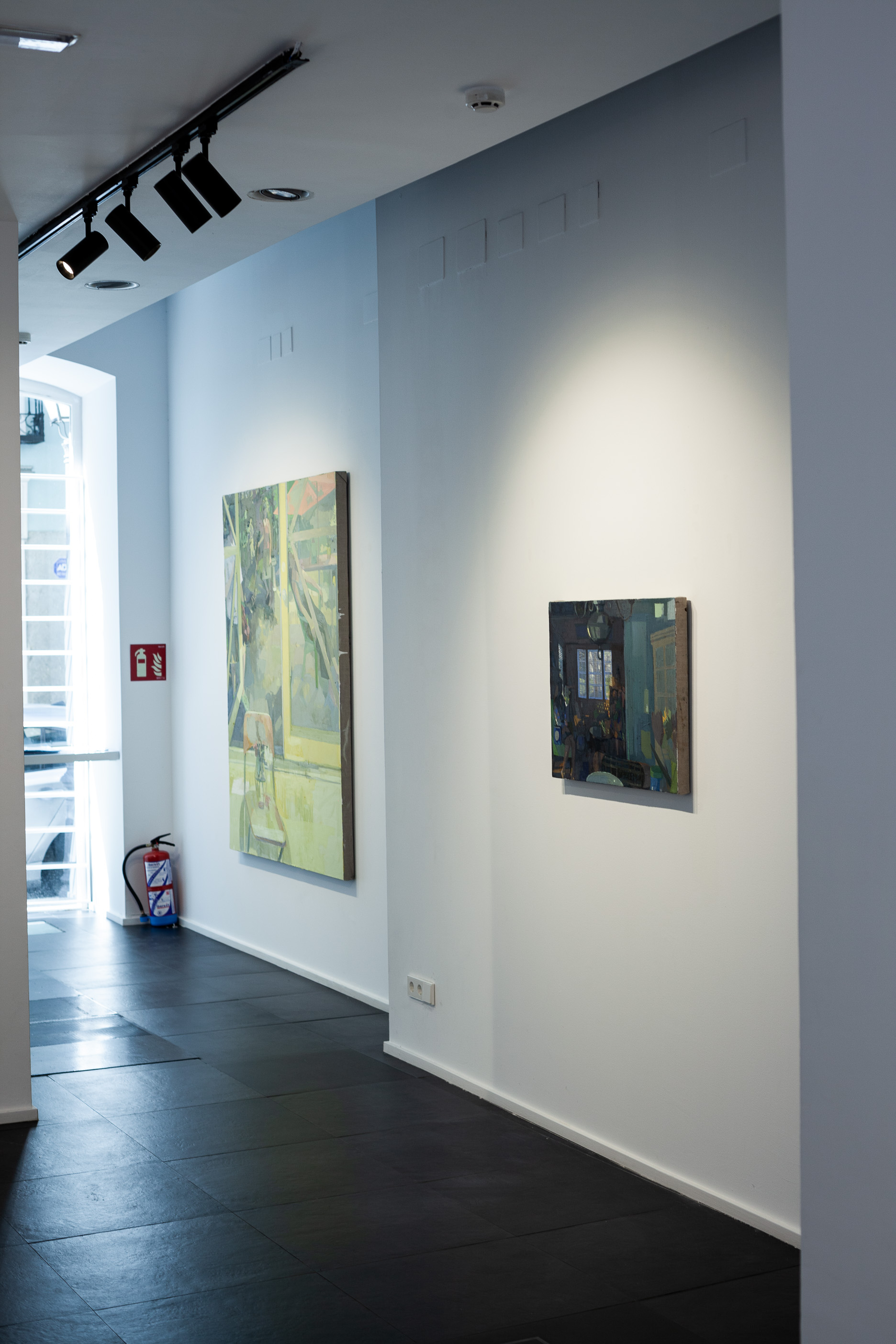 Days are where we Live

In her paintings, Susan Lichtman sets up the family home as a stage to capture the intimate unfolding drama of a family of four: a mother, a father and two daughters. The architecture of the house nods to the structure of a modernist grid. The verticals and horizontals of the bookshelves, kitchen cabinets and walls are there to stabilize the interactions of the family. What constantly shifts is the light as it moves across the spaces in the paintings. There is an incredible nuance in Susan’s color palette, and we feel the quality of light changing with seasons. Time passes in these rooms as the painting charts the semblance of the people seen in space.

This motif of her family in the home/space has been Lichtman’s subject for the last 25 years. From the earliest paintings of her children as toddlers to the slow progression of them growing into adults, the diaristic emotional quality of the work is the subject that’s embedded in the incredible formal study of the one sure thing in life, change. In the eight paintings currently on view at Fahrenheit Madrid, Lichtman’s daughters have grown into sophisticated young women occupying with confidence the space of their home. We see the father bringing in groceries, making dinner. We see the mother setting up the table or getting a moment of rest in the reclining chair on the porch. The familiarity of daily life is complicated but the formal interplay of color and composition, tonality and chroma are shifted to guide light and shadow as way to amplify the mundane. The psychology of the players becomes complex as the space unfolds at the surface of the painting. The color and shifting perspectives unexpectedly disjoint the family as they walk through their house lost in their own thoughts. While one figure is caught in a stark light, another is spliced by the shadows. The spacial structure of each painting reminds us of the complexity of a cinematic mis-en-scene.The abstract and material elements of painting are seen in the invented shapes, revised marks, and variation in surfaces and the exposed canvas. The durational qualities collected in the act of painting are part of the overall scene.

While painting parts of paintings from direct observation, there is also an incredible level of invention that goes into setting up the light, depicting the wardrobe and weaving together the narratives scenes. Film, fashion magazines, books and news stories are used for source material to construct these visual narratives, along with close observation of her family in real time. Lichtman starts her paintings with working on a small part: a vase of flowers for example. The next step is for her to discover and invent what is seen immediately behind the flowers. The history of painting appears in the form of an homage and a deep understanding of Velasquez, Vuillard, and Gwen John. In making these works, Lichtman is both the creator and the observer of the unfolding visual narrative.

The human attraction to other people’s personal dramas have long served as subjects for the the great novelists and filmmakers of our times such as Leo Tolstoy, Vorginia Woolf, Chantal Ackerman and Jane Campion to name a few. In popular culture, the voyeaurist desire to observe from a distance the minutiae in the lives of others contributes to the tremendous success of reality television and the oversharing nature of social media posts. Lichtman’s painting encapsulates the spirit of these approaches. But in her work there is a more sustained personal exploration of the nuance and psychological complexity of how painting provides a more sustained temporal and temperamental study of the small revolutions in the inherently abstract quality of daily life.